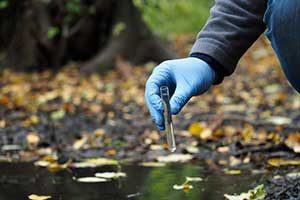 Since arsenic can be easily absorbed from your surroundings, M3 Environmental LLC in Monterey, California, offers accurate testing, even at low levels, to protect your health from this known carcinogen. While you may only think of arsenic poisoning in connection with old mystery novels, but arsenic may actually be present in your water, air, soil, and food.

While arsenic is a naturally occurring element present in much of our environment, it has also been used widely for industrial and agricultural purposes. There are two categories of arsenic chemical compounds, each presenting a different level of health risk

Organic compounds consist of arsenic combined with carbon and other elements. These are found in some foods including shellfish. They are considered to be low risk and not implicated in cancer.

On the other hand, inorganic compounds consist of arsenic combined with elements other than carbon (such as lead) and are considered far more toxic than the organic variety. They are classified as a known human carcinogen and can be found in industrially contaminated water, soil treated with pesticides, old pressure-treated wood, and other building products. They have also been used in mining, some metal smelting, and glass and pottery manufacturing. While arsenic has not been produced in the United States since 1985, other countries continue to produce and provide us with this harmful compound, which is still present in many of our surroundings. Some signs of arsenic exposure are:

Protect Yourself With Arsenic Testing

It is critical for your health and safety to determine the source of any suspected contamination. M3 Environmental LLC in Monterey, Californa and the entire central coast performs accurate and regulated arsenic testing for all homes, properties, and workplaces. Using state of the art equipment, we can determine the type, toxicity, and levels of any arsenic we detect. Put your mind at ease and give us a call today for a phone consultation or to schedule arsenic testing immediately.

We proudly service the following cities: